The That’s a Fact video for this fortnight is called Looking Young. The introducing paragraph reads:

No one’s ever discovered the “fountain of youth” but a lot of us still try to keep up a youthful appearance. Scientists also tell us about the age of this planet we call home. But not everyone’s in agreement. 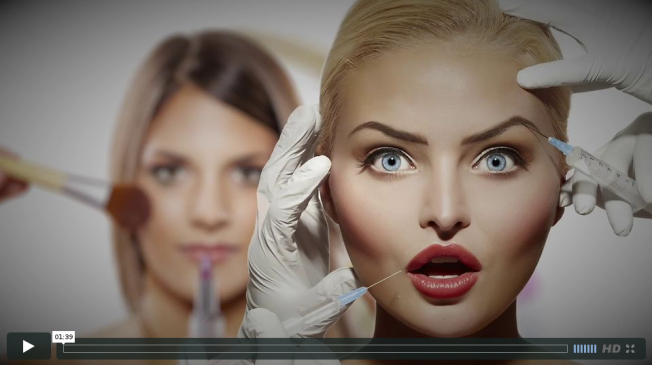 Now, a word on the videos themselves: the ICR has finally managed to set up a proper whitelist for embedding their vimeo videos, which naturally enough does not include me. I have thus replaced all the videos on old posts with ones from the new official, albeit rarely viewed, That’s a Fact youtube channel. But the uploads there are behind that on vimeo, so even the previous video (Evolving Bacteria) is not up there yet, let alone this one. So you’re stuck with screenshots unless they decide to pick up their game. Also new is that all my posts about these videos are now on a drop-down under the Archives tab above, as are a few other things.

No one’s ever found the Fountain of Youth but a lot of us still try to keep up a youthful appearance.

One possible reason is that the Fountain is just a myth, or rather a collection of them. You’ll recognise this sentence as also opening the quote I gave at the start – note that what I give in these posts are my own transcripts and they don’t reflect the punctuation or spelling of the originals.

Makeup, botox, plastic surgery – it all helps for a short time.

Exercise and a healthy diet help for longer. It’s ironic that this video lists ways to make yourself look younger before arguing for Earth appearing to be young.

Scientists tell us that we will, unfortunately, still grow old.

These That’s a Fact videos ascribe the strangest things to ‘scientists tell us’ and similar positions of authority.

Scientists also tell us about the age of this planet we call home. But not everyone’s in agreement.

You can see where this is going. Technically this line is true, but only because there’s always going to be a little disagreement over the precise number of millions of years.

Some believe that Earth is billions of years old, and formed quite accidentally and spontaneously from the big bang.

The spin is tangible, even before you hear the next line. “From the big bang”? What is that supposed to even mean? And is ‘inevitable gravitational collapse’ an ‘accident’ now?

Other scientists look at the evidence in the geology of the Earth and can clearly see the youth of the planet.

No, these “creation scientists” first take a preconceived position and then hunt for random, occasionally contradictory pieces of evidence to support it. The actual scientists looked at the evidence first, and naturally enough drew entirely different conclusions.

Rocks and strata and fossils that formed quickly by powerful floods and mud-flows.

We have seen previously that many fossils could not have been formed in such conditions.

The evidence of carbon-14 in diamonds, for instance, shows that Earth cannot be millions or billions of years old.

Ah, that PRATT. Carbon-14 falls not to zero but to a background level caused by other nuclear decay in the surrounding rock or atmosphere, depending on where the object is. Thus, there is carbon-14 in everything, including billion-year-old rocks.

When making this particular argument a creationist needs to tread carefully least they reveal a profound lack of understanding of what is going on, over and above the call of duty. If ever a creationist claims that a rock or diamond has been carbon dated to 50 thousand years or so you have carte blanche to call them however much of an idiot as you feel like. Carbon dating relies on the sample having received its original carbon-14 from the atmosphere, as this allows the starting level to be determined. Rocks and diamonds were formed below the surface of the Earth and thus using carbon dating on them is profoundly stupid.

Saying that an object over x many thousand years should not contain any carbon-14 as it would have needed to be originally at concentrations higher than there are carbon atoms is a little smarter, but still falls to the fact that carbon-14 falls to a background level and will always be present.

For a moment here the video reverts to Dino Cells from a few weeks back, including the (mammalian) blood graphic.

And the beauty of spiral galaxies and blue stars that astronomers observe through telescopes can only be seen if those formations are young.

That’s got nothing to do with the age of the Earth, however. I’m not sure where the blue stars part is going but the arms of spiral galaxies is something I’ve mentioned before – it’s not a problem.

From a scientific point of view, Earth looks young because, well, it is young.

Except it is not.

And that evidence supports the historical account in Genesis, that in the beginning God created the heaven and the Earth. The more we understand science the better we understand how great God is. And how he created and preserves our home here on a very young Earth.

There you go – that’s that over with for another fortnight. This video includes, at least at its end, a fair few animations, suggesting that the ICR has upgraded its subscription to whatever stockphoto repository they use for this.

Linked below the video is an Acts & Facts article by D. Russell Humphreys from 2005 called Evidence for a Young World. This gives a number of young Earth claims including the spiral galaxies and carbon-14 ones above, which we’ll finish up by going over.

And that’s all he has. This list is much less impressive than the claimed “101 evidences [sic] for a young age of the Earth and the universe,” though it falls just as easily. Can they think of something new someday?