I said just last post that the “rescuing devices” that Brian Thomas apparently thinks can be simply dismissed are central when the discussion of creationism turns to the claims of creationists themselves about their “science.” Today he’s proved my point admirably, with Did Noah Bring a One-Ton Crocodile onto the Ark?

The important part of the article is summed up like so:

Some question the veracity of the historical Noah’s Ark on the grounds that certain dinosaurs would have been too large to enter it or even to fit on board. But dinosaurs would certainly have fit for the same reasons that crocodiles would have, leaving intact the feasibility of the Ark account.

The most straightforward solution assumes that the Lord brought juvenile animals to Noah.

On the other hand, suggesting that there might be an oasis on Titan causing the existence of a lake in the equatorial zones is just evolutionists trying to shore up their leaky god-denying beliefs. I smell a double-standard.

There are more pressing issues about the Ark than this in any case. It’s all very well having youngsters on the Ark if they would still be enough to sink the thing and get lost on the way home to boot. And were any dinosaurs included among the clean animals that had extra pairs on the Ark?

It’s already time for the July Acts & Facts and John D. Morris’ geology article – An Extraterrestrial Cause for the Flood? – once again looks like a good place to start. Morris speculates that asteroid impacts could have been the cause of the Flood, though it strikes me that the opinions he advocates are neither wise nor consistent with flood geology and creationist theology in general. END_OF_DOCUMENT_TOKEN_TO_BE_REPLACED

The That’s a Fact video for this week was also about the Global Flood. There’s not much to it:

END_OF_DOCUMENT_TOKEN_TO_BE_REPLACED

As should come as no surprise, flood stories are fairly common throughout the world: so are floods. A lengthy list of such myths and summaries of their narrative compiled by Mark Isaak can be found at talk.origins.

It is a common creationist claim that the large number of these myths is evidence that their Global Flood actually happened. Never mind that the plural of anecdote is not data, and that folklore quite definitely falls under the ‘anecdote’ category. The ICR has even gone so far as to make us a video preaching this message, called Flood Stories:

END_OF_DOCUMENT_TOKEN_TO_BE_REPLACED

The ‘science’ article for Monday was Noah’s Ark Game Misses the Boat. Puns for the whole family!

END_OF_DOCUMENT_TOKEN_TO_BE_REPLACED

It’s another quicky of a DpSU today. It’s called Did Humans Cause Dinosaur Extinctions? and argues that humans could have been the cause of the extinction of the dinosaurs in the same way as we have recently killed off a subspecies of the Black Rhino. He says:

This confirms what researchers generally observe about the extinction of species: The primary cause is interaction with humans. When mankind moves into an area, some of the first animals to face destruction are those that are the most threatening, such as the megafauna. Thus, recent centuries have seen the demise of such giants as Haast’s eagle and the moa, a giant flightless bird.

END_OF_DOCUMENT_TOKEN_TO_BE_REPLACED

This, then, is part 2 of my stream of consciousness review of Andrew A. Snelling’s article on AiG, Is the Wood Recently Found on Mt. Ararat from the Ark? Part 1, if you missed it, was here.

To recap, Snelling is arguing against the find being really from the ark. Personally, I agree – but obviously my reasoning is quite different to his. His objection is to do with the radiocarbon dating used to prove the antiquity of the wood retrieved from Mt Ararat. According to him the dating results were never publicised, but he was given them for analysis and told to keep them quiet himself. Frustrated by his perception that people are being told about the find without seeing the evidence Snelling is here revealing the hidden data and using it to show that the samples are not genuine relics of the ark. 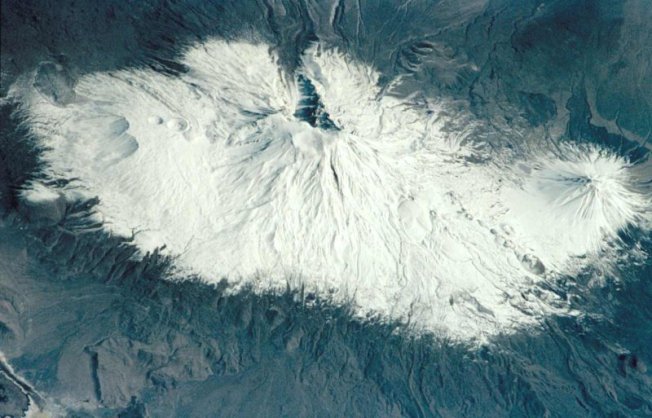 END_OF_DOCUMENT_TOKEN_TO_BE_REPLACED

One of the top geologists in the creation science community recently released data and analysis of wood samples allegedly taken from a structure on Mt. Ararat last year. Dr. Andrew Snelling, Director of Research at Answers in Genesis, released his findings regarding C-14 dating of these samples provided by the Hong Kong group claiming to have discovered Noah’s Ark in 2010.

Dr. Snelling is formerly a professor of geology at the Institute for Creation Research and is author of the book Earth’s Catastrophic Past.

END_OF_DOCUMENT_TOKEN_TO_BE_REPLACED

Arguably the most entertaining part of any creationist Global Flood model is where the dinosaurs come in to it. Indeed, as John Morris himself asks for our introductory article, How Do The Dinosaurs Fit In? Let’s find out…

END_OF_DOCUMENT_TOKEN_TO_BE_REPLACED

So what does the ICR believe about the Flood?

Quite a lot of interesting stuff, to judge by my newly expanded (and easily updateable) page with the list of known ICR articles on the flood. There is so much stuff to wade through that this has had to become a series of articles from the original planned (and I use that word loosely) single article.

We will begin, then, with their beliefs about what the world looked like before the Flood: END_OF_DOCUMENT_TOKEN_TO_BE_REPLACED