Because mammalian eggs are produced early in life, while sperm are created continuously, fathers are responsible for a greater share of new mutations passed down to their offspring than mothers. This slightly complicates genetics-based time-since-last-common-ancestor estimations, leading to recent results to the effect that the human-chimp split happened about twice as far back as previously thought. Adam Benton has more information, if you’re interested.

This new paper has prompted Jeffrey Tomkins, the ICR’s go-to geneticist, to publish “Chimp DNA Mutation Study–Selective Yet Surprising.” Tomkins is known for contesting the typically-cited genetic similarity figures of 94-99% and having calculated using his own method a “conservative” (i.e. maximum) figure of nearer 70%.

END_OF_DOCUMENT_TOKEN_TO_BE_REPLACED

From the ICR’s URCall series of videos, hosted by Markus Lloyd. (link)

Evolution claims that change occurs from simple creatures to complex creatures – but is that really the case? Since the early 1900’s scientists have been experimenting with fruit flies, to try to produce mutations that result in a major change that evolutionary theory proposes. While over 3000 mutations have been documented, not a single one has resulted in a creature that is anything other than a fruit fly. How long are you willing to wait for science to prove evolution?

We can only start with the beginning: that evolutionary claim isn’t. END_OF_DOCUMENT_TOKEN_TO_BE_REPLACED

You don’t need me to tell you about the upcoming “Ham on Nye” debate – a name with many curious connotations – nor give you my opinion on whether it is a good idea or not. But any aspiring debater needs to be able to almost reflexively parse creationist claims for their most crucial and obvious errors. At present we’re four articles behind, so this is the perfect time to start this series – in future I will probably pull from other, non ICR sources as well.

The format we’ll start off with is to give you a quote from each article to consider, and then (if I can get it to work) you can go to the next page to see what I made of each. Then, head to the comments below to tell me what you would have said. END_OF_DOCUMENT_TOKEN_TO_BE_REPLACED 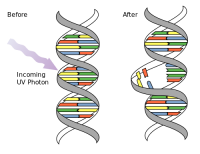 Attentive viewers will note that this illustration – like Tomkins’ stock photo – is left handed.

Welcome to 2014! I hope you have all had time to settle in a little, and are ready to begin the year afresh. As always, in the event of an earthquake take cover under your desks and then exit through the doors at the front and back in an orderly fashion after the shaking ends. If there is a fire, leave immediately and do not panic. If both occur simultaneously, hope.

Our topic is, as always, the Institute for Creation Research: as such 2013 is not yet over for us. Today the subject is December’s infamous ‘duons’, and the Creation Science Update by Jeffrey Tomkins is called “Duons: Parallel Gene Code Defies Evolution.” END_OF_DOCUMENT_TOKEN_TO_BE_REPLACED 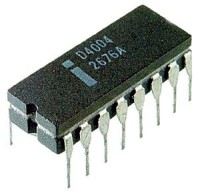 (Not this kind of microprocessor.)

The ICR does not usually post on local public holidays, but for Veterans Day (November 11) we have Incredible Microprocessor Protein Acts as Genome Guardian from Jeffrey Tomkins:

Researchers recently studied a highly sophisticated cellular machine that acts as a guard for the genome against harmful mutations and that evolution cannot explain.

Grammar is a wonderful thing – does he mean that “evolution cannot explain” the protein or the mutations? I don’t know for certain, but we’re going to have to use the former as our working assumption. END_OF_DOCUMENT_TOKEN_TO_BE_REPLACED 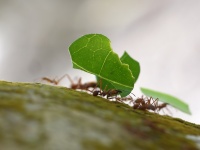 There are some interesting conclusions to be drawn from Jeffrey Tomkins article for today – called Newly Discovered ‘Orphan Genes’ Defy Evolution. This may seem odd, not least because a) all three of those pairs of words are common and uninteresting Tomkins-isms and b) the “recent review paper” he begins by talking about was actually published in 2009, but bear with me here. END_OF_DOCUMENT_TOKEN_TO_BE_REPLACED

A new article by Jeffrey Tomkins is out: Epigenetic Study Produces ‘Backwards’ Human-Ape Tree. The subject is a paper called “Regional DNA methylation differences between humans and chimpanzees are associated with genetic changes, transcriptional divergence and disease genes” in the Journal of Human Genetics – it’s open access, but a little dense. END_OF_DOCUMENT_TOKEN_TO_BE_REPLACED

Results from a recent study in human and chimpanzee genetics have shipwrecked yet another Darwinian hypothesis.

Some parts of the chimp and human genomes are more similar to each other than others. According to Tomkins, the process of genetic recombination is supposed to have produced these differences. He points to a new paper – Recombination Rates and Genomic Shuffling in Human and Chimpanzee—A New Twist in the Chromosomal Speciation Theory – that shows, among other things, that recombination rates are actually lower in places where there are more differences. Or, in his own words: END_OF_DOCUMENT_TOKEN_TO_BE_REPLACED 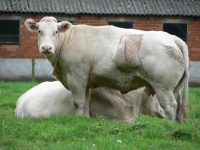 Almost entirely, in fact. Jeffrey Tomkins writes “Marketing Myostatin Inhibitors with Fake Science,” about nutritional supplements being marketed to reduce the activity of a protein called Myostatin (literally “muscle stop”) with the intent of increasing muscle mass. According to Tomkins, one claim made is that myostatin is somehow “vestigial”: END_OF_DOCUMENT_TOKEN_TO_BE_REPLACED

It’s not an overly interesting “tale” today: Jeffrey Tomkins writes Long Complex Gene Tails Defy Evolution. His topic is a new paper announcing the discovery that mice and humans can both have longer and more numerous 3′ UTRs (messenger RNA untranslated regions in the 3′ direction relative to the coding sequence – i.e. the magenta section of the above image) than previously thought. The new sequences that have been “conservatively” determined to be of this nature total 6.6 million bases in mice and 5.1 million in humans, which is quite a lot – something along the lines of 0.2% of the size of the entire human genome, though I’m not certain that they can be directly compared. Individually,

they identified 2035 mouse and 1847 human genes that have 3′ UTR tails ranging from 500 to 25,000 bases long. In some cases, they were even longer than the protein-coding areas of the genes themselves.

Tomkins points to the “hundreds to thousands of built in regulatory switches per gene RNA copy.” As you can tell from the title alone he is making a “that’s complex, so it’s out of reach of evolution” argument, which we’ve looked at ad nauseam. Given this, there are only two things that are worth clarifying: first, while the individual tails had lengths up to 25,000 bases long the vast majority were much shorter and the average was only a few thousand; second, while Tomkins claims that “[t]hese incredibly long gene tails literally contain hundreds to thousands of genetic switches within each single mRNA,” (emphasis added) the paper only says that “these extensions collectively contain thousands of conserved miRNA binding sites [Tomkins’ “switches”]” (emphasis added). The results are therefore not quite as impressive as they might be, and as Tomkins is selling them.