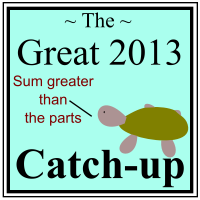 He’s talking about a news article in Nature from February summarising two papers investigating how differing choices in codons that code for the same amino acid can affect the efficiency of the (here, circadian rhythm-related) proteins that they create, one studying a type of fungus and the other a bacterium. END_OF_DOCUMENT_TOKEN_TO_BE_REPLACED 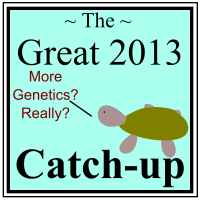 In Beta-Globin Pseudogene Is Functional After All (12 April 2013) Jeff Tomkins says… well, it’s in the title, really. This is the older article that Monday’s post alluded to, and it’s really quite similar. Again, we have a pseudogene. Again, it’s been shown that its sequence is being actively preserved by natural selection, as if it were actually useful. Again, it has been found that the pseudogene infact codes for functional RNAs. The biggest difference is that this pseudogene (“HBBP1”) is not a “processed pseudogene” like ψPPM1K was, but that’s not significant here. END_OF_DOCUMENT_TOKEN_TO_BE_REPLACED 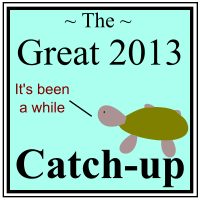 In Embryology Gene Control Confounds Evolution (15 April 2013) Jeffrey Tomkins talks at length about a Developmental Cell paper called “An Integrated Holo-Enhancer Unit Defines Tissue and Gene Specificity of the Fgf8 Regulatory Landscape.” No, I don’t know what that means either. END_OF_DOCUMENT_TOKEN_TO_BE_REPLACED

Appropriately, for this attempt to return to timely updates, the first new DpSU – Pseudogene Plays Important Role in Cell Cycle, by Jeffrey Tomkins – is again related to junk DNA, just as the last one I did was about ENCODE. This article, however, is of the old type – it’s about a genetic feature, once “dismissed as junk DNA,” that has now been shown to have a function. Or, to quote Tomkins:

Once again, DNA sequence that was once thought to be nothing but a genomic fossil has shown itself to be vital to human survival. In this case, if the so-called pseudogene is not functioning properly, cell cycle dysfunction and cancer is the almost certain outcome.

A pseudogene looks like a gene – often another gene in the same organism – but has lost its original protein-coding function. The pseudogene of interest here is called “ψPPM1K,” and is a processed pseudogene. To make such a gene a normal gene (here, PPM1K) is transcribed into mRNA and the introns are stripped out as normal in the process of protein synthesis. However, instead of progressing further the mRNA is transcribed back into DNA which is inserted back into the chromosome. The result is a partial clone of the original gene, generally lacking introns and possibly other parts. END_OF_DOCUMENT_TOKEN_TO_BE_REPLACED

A new type of DNA sequencing technology has been developed and used to identify and characterize key regions of the genome called “enhancer” sequences. These are novel DNA features that were once thought to be a part of the so-called “junk DNA” regions of the genome. These key elements are now proven to be part of the indispensable and irreducibly complex design inherent to proper gene function for all types and categories of genes.

Jeff Tomkins’ New Technology Reveals More Genome Complexity is one of those articles that hits you with the nonsense almost from the beginning. Deconstructing that opening paragraph we find that the first sentence is perfectly accurate. There do exist in the genome regions, called enhancers, which promote the expression of the gene(s) they are associated with. Enhancers have been known for some time – they were even taught in my biology class last year, so they must be ancient – but a new paper in Science talks about a new method for identifying these regions. END_OF_DOCUMENT_TOKEN_TO_BE_REPLACED 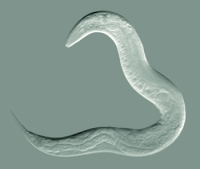 A paper from way back in February, called The Majority of Animal Genes Are Required for Wild-Type Fitness (pdf), opened with the following:

Almost all eukaryotic genes are conserved, suggesting that they have essential functions.

What this jargon-filled sentence means is that “almost all” genes in animals/plants/fungi/protists exist in other animals/plants/fungi/protists (and sometimes even in bacteria), and have thus not been lost or otherwise discarded, which suggests that they are probably fairly useful. It’s worth realising here and now that this logic is based on the unspoken premise of evolution, which in sane-people land is a fairly safe assumption for research purposes. If creationism were true, on the other hand, there would be no basis upon which to draw such a conclusion. END_OF_DOCUMENT_TOKEN_TO_BE_REPLACED

The Institute for Creation Research has a number of magazines, the most famous of which is Acts and Facts, which is often featured on the ICR’s front page. Here’s a brief summary of this month’s edition.
At present, the October edition is on their Acts and Facts homepage. For future reference this edition can be found in pdf form here. 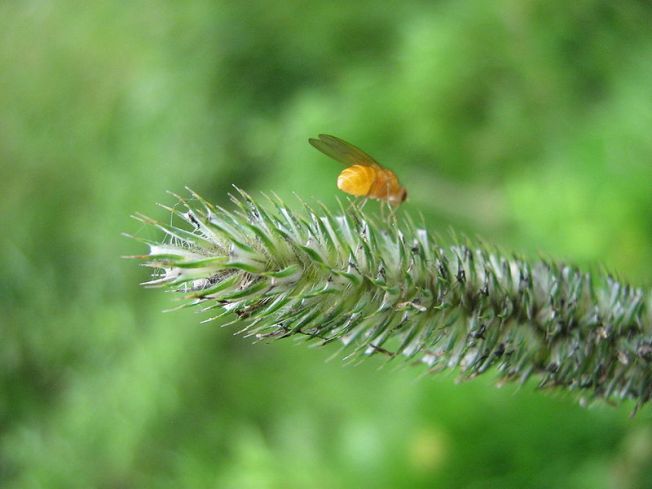 END_OF_DOCUMENT_TOKEN_TO_BE_REPLACED

A month or so ago I tackled a DpSU about how all the bad things that happen when you so much as think about tampering with the genetic code for the larvae of the fruit fly disproves evolution. Or rather, doesn’t. 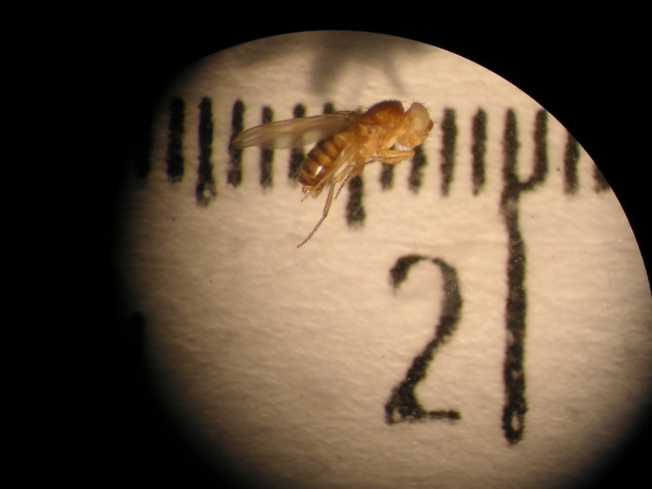 Today we have another article on fruit flies, which represents a not a-typical last-ditch attempt to explain away yet another evolutionary tour-de-force to the dangerously curious Creationist masses. Jokes aside, the question of who Brian Thomas’ target audience is is a mystery, albeit one for another day. You do get the idea that these guys are really insecure in their faith, or think other people are.

The article is called Do Hairless Fruit Fly Larvae Spell “Evolution”? Basically, we have a study that reverse-engineers the differences in the fruit-fly genome that cause the species Drosophila melanogaster to have hairs on its larvae, but the related species D. sechellia (see here for the family tree) not to. Brian Thomas begins: END_OF_DOCUMENT_TOKEN_TO_BE_REPLACED

Where the second man is, obviously, the ICR’s Brian Thomas.

In today’s Daily (pseudo)Science Update, Yeast Adapt, But Don’t Evolve, we have a discussion of a study on the capacity for yeast to Evolve/Adapt to environmental changes. Why Mr Thomas links to the Science article that we can only see part of, rather than the Time blog postwe can read completely I don’t know. The study “tracked the fate of over 2,000 populations of yeast over a period of several months”, testing their ability to evolve in the face of changes in salt concentration in their environment. Their results were surprising – yeast seems to be able to adapt in only around “50 – 100 generations”.

As Mr Thomas himself says:

If evolution works the way that neo-Darwinism has proposed, then accidental mutations in some yeast individuals should lead to new molecules that help the organism cope with a saltier environment—as long as the environment doesn’t change too fast for the mutations to keep pace.

As this is exactly what the study found, and is a pretty decent summary of the whole thing, the DpSU is largely concerned about why this is apparently not a massive tour-de-force for “neo-Darwinism” (or evolution for those of us that don’t think they need to lump it in with all the other ‘ism’s in an attempt to be derogatory) and is instead a product of “adaptation”. END_OF_DOCUMENT_TOKEN_TO_BE_REPLACED