Because mammalian eggs are produced early in life, while sperm are created continuously, fathers are responsible for a greater share of new mutations passed down to their offspring than mothers. This slightly complicates genetics-based time-since-last-common-ancestor estimations, leading to recent results to the effect that the human-chimp split happened about twice as far back as previously thought. Adam Benton has more information, if you’re interested.

This new paper has prompted Jeffrey Tomkins, the ICR’s go-to geneticist, to publish “Chimp DNA Mutation Study–Selective Yet Surprising.” Tomkins is known for contesting the typically-cited genetic similarity figures of 94-99% and having calculated using his own method a “conservative” (i.e. maximum) figure of nearer 70%.

END_OF_DOCUMENT_TOKEN_TO_BE_REPLACED

Results from a recent study in human and chimpanzee genetics have shipwrecked yet another Darwinian hypothesis.

Some parts of the chimp and human genomes are more similar to each other than others. According to Tomkins, the process of genetic recombination is supposed to have produced these differences. He points to a new paper – Recombination Rates and Genomic Shuffling in Human and Chimpanzee—A New Twist in the Chromosomal Speciation Theory – that shows, among other things, that recombination rates are actually lower in places where there are more differences. Or, in his own words: END_OF_DOCUMENT_TOKEN_TO_BE_REPLACED

[Update: Waking up this morning I find that the ICR article this was based on has vanished (it may still return at a later date). I have a zotero capture if anyone wants a full copy of it.] [Update #2: It is indeed back now, and I’ve added a TL;DR summary at the bottom.] 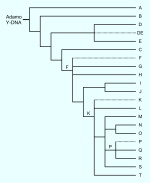 In mammals (including humans) most DNA gets mixed together as it gets passed on from generation to generation: chromosomes come in pairs, one from the mother and the other from the father; but when sperm and eggs are produced these chromosomes swap segments, and the chromosome that ends up in a given sperm or egg is entirely random. There are two exceptions to this rule. Mitochondrial DNA (mtDNA) can only be inherited from the mother – though both sexes have it – while the “Y chromosome” is only passed down from father to son.

This property makes these two varieties of DNA extremely useful in tracing ancestry, as distinct lineages can be found and compared. When these lineages are traced backwards they can only merge, never split, and thus will eventually converge to a point. The human mitochondrial genome has famously been traced back to “Mitochondrial Eve,” who lived between somewhere 140 and 240 thousand years ago, probably in Africa. “Y-chromosomal Adam” (which doesn’t roll off the tongue quite as well) meanwhile is only dated to around 60 to 140 thousand years before the present, but lived on the same continent. END_OF_DOCUMENT_TOKEN_TO_BE_REPLACED

DNA methylation is the term for a modification to certain DNA bases that involves the addition of a methyl group. This slows down gene expression, which may or may not be advantageous in context – though if you remove it entirely in mice you kill them outright. To cut to the chase, in late August a paper – Divergent Whole-Genome Methylation Maps of Human and Chimpanzee Brains Reveal Epigenetic Basis of Human Regulatory Evolution (pdf, supplemental data) – came out comparing levels of methylation, concentrating on the brain, between humans and chimpanzees. They found differences, particularly in regions apparently associated with diseases that we suffer from more than chimps do. Here’s a figure stolen from their supplemental information: 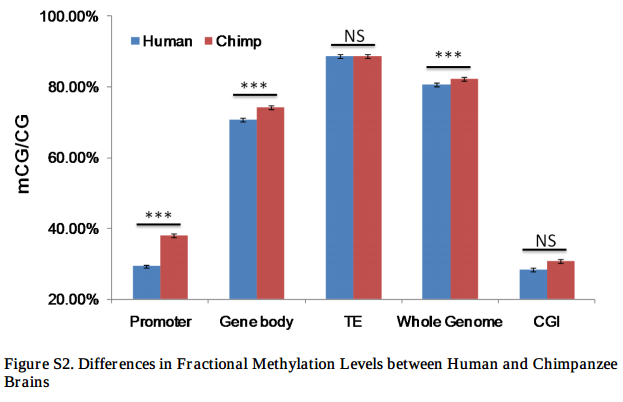 “NS” stands for “not significant,” but the ones with stars are. Something to note with that graph is that there is a hidden 20% below the axis, so the differences are not quite as large as they would appear. END_OF_DOCUMENT_TOKEN_TO_BE_REPLACED 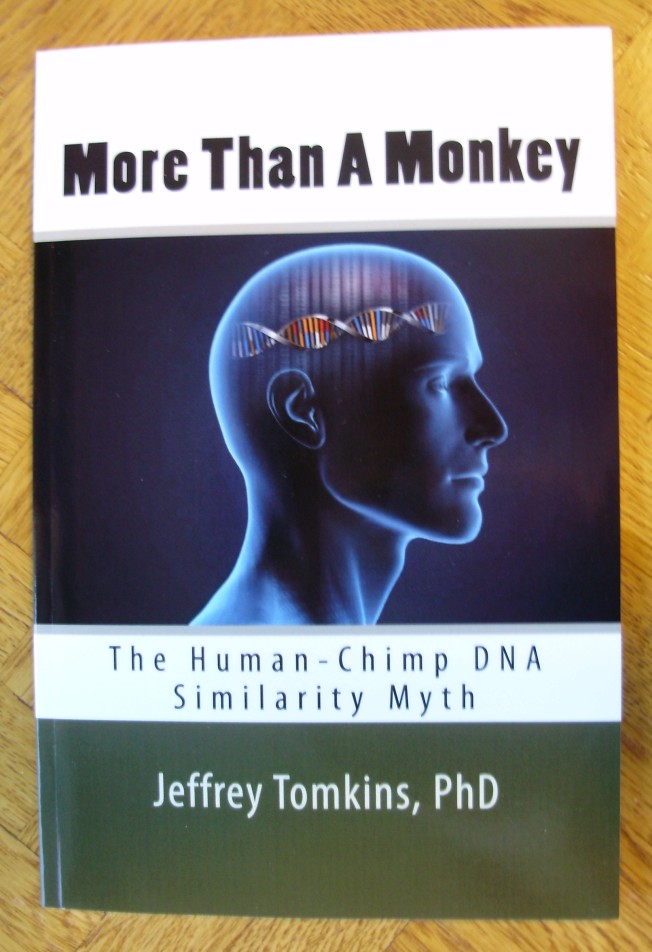 Don’t expect anything too soon – I have a set of exams coming up which I really ought to be studying for. It’s not a very long book though, so it shouldn’t be too onerous.

The final article from the June Acts & Facts (that I intend to cover individually) is Jeffrey Tomkins’ Journal Reports Bias in Human-Chimp Studies. This is the latest in Tomkins’ crusade to prove that we aren’t really almost identical to apes.

The article is really just an advertisement for two papers authored by Tomkins along with Jerry Bergman in the April Journal of Creation on the subject of Human-Chimp genetic similarity (hence the title). The JoC is not open access, at least not when it is initially published, and so these papers aren’t available. On Tomkins’ blog, Designed DNA, there is a form for asking for these papers – I have asked, but have not received. What is available, however, is Bergman’s “Anders Breivik—Social Darwinism leads to mass murder“: other pieces of nonsense in this edition include John Baumgardner’s “Is plate tectonics occurring today?”, Humphreys’ “The moon’s former magnetic field—still a huge problem for evolutionists”, the rather out of date Jonathan Sarfati’s “Neutrinos faster than light?—will relativity need revising?”, and another article by Sarfati called “Should creationists accept quantum mechanics?” (he says “yes,” if you’re wondering). Micheal Oard also claims that “Post-Flood man is becoming smarter and more human,” something that could prove useful in countering the ‘genetic entropy’ lot. END_OF_DOCUMENT_TOKEN_TO_BE_REPLACED