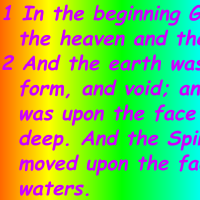 If the contents of my RSS reader are any indication, a couple of months ago the evangelical corner of the blogosphere (and perhaps elsewhere) held a lengthy debate on how to keep what they called “Millennials,” or “Generation Y,” in the church. While not acknowledging that this discussion occurred, the ICR’s Henry Morris III offers his advice in his article Reaching The Millennials: A Crucial Connection. That’s the feature article of the November issue of Acts & Facts (pdf here) – I’ll add a proper link when the article appears on the website [Edit: Done].

For context, the ICR is using these dates to delineate the boundaries of the generations:

Here’s a list of the generations living in the United States today:

While I can’t claim a great deal of insight on the religion side of the equation,* topics similar to this pop up regularly in other circles. My unsolicited advice for the world at large, then, is that there should be an immediate cessation on all those articles bemoaning young people these days as lazy and other slurs. The best that can be said for this pervasive, cross generational meme is that it may be a self-fulfilling prophesy, and then only because the possibility of accuracy is better than certain inaccuracy. Telling people that they are lazy screw-ups that will never achieve anything simply by dint of when they were born (and who’s to blame for that?) must surely contribute to at least some of them becoming lazy screw-ups.

Once you’ve managed that you may as well put a moratorium on the modern practice of naming “generations” altogether. The aforementioned curmudgeonly articles have served to irreversibly taint these labels, meaning the their use in discussions like this one liable to mislead through the encroachment of stereotypes. It may make some sense to retroactively create a term for a cohort that was directly affected by serving in war or similar age-specific tragedy, but placing people younger than you into bins delineated by arbitrary age ranges is less than helpful. For example, the strategies you might try to employ to interest me in your activities are going to be quite a bit different than those targeted at your 33-year-old “youth” pastor, and not just because of the 15-year age difference.

But that brings us back to Morris III’s article. While he doesn’t express the same negativity – after all, he wants to attract young people and not scare them away – he is using the terminology, and doesn’t seem to have any better ideas. When boiled down to its basics, Morris really has two points. The first relates to the presentation of the message, saying:

[T]he means and methods by which we present that message to the hearers must adjust and use available technology if we are to be obedient to the timeless command to disciple all nations. Door-to-door visitation was effective and well-received 50 years ago when neighborhoods were open and congenial. Today, everyone is afraid to open their doors to strangers. Flannelgraph presentations may work in some situations, but most children expect the hi-tech animation and visual presentations they have grown up watching on TV.

[Jesus] primarily had verbal discourse at His disposal. We have visual media. He was limited to the assembled crowd. We have the Internet and radio and television and movies and DVDs! He had the power of His vocal cords. We have microphones and, well, just about every conceivable means possible to amplify and multiply our message.

That second quote seems almost a little sacrilegious to me – it sounds like Morris is boasting that he has a wider audience than Jesus, though that’s probably an unintentional implication. More importantly, as I’ve mentioned a few times before, the notion that you need fancy graphics to attract the attention of young people is a little patronising. It seems to be born out of a perception of Millennials as being superficial – one of those stereotypes that are infecting this conversation – and the belief that you must stoop to the same level to properly communicate. The result is truly substance-free media, like the ICR’s That’s a Fact series, which does nothing of use to anyone.

Another potential solution that has been suggested elsewhere is the softening of hadline stances on social and scientific issues, on the grounds that, as Rachel Held Evans said back in July,

…young evangelicals often feel they have to choose between their intellectual integrity and their faith, between science and Christianity, between compassion and holiness.

This view was controversial, to say the least. The ICR does not simply reject the notion that this could potentially be helpful, but instead argues that doing the precise opposite is necessary:

Genesis 1–11 is not an optional portion of Scripture—it is foundational! If we fail to set the stage with the great Book of Beginnings, then the sequence of subsequent developments will flounder in disconnected stories with no message other than perhaps character lessons.

And again, we have at our disposal the means to visualize the stories! We can show what the Flood of Noah did to the earth! We can animate the wonders of life and the majesty of science. If we only talk, then we are burying the opportunities available to us in the “ground” of disuse—and may well even be called a “wicked and lazy servant” (Matthew 25:26).

Point is, Morris is really exited about about that “Unlocking the Mysteries of Genesis” series the ICR is making. I do wonder how they intend to measure the effectiveness of their videos. How many people gasped when the tsunami swallowed the dinosaur? We will have to wait and see on that one.

Anyway, I hope you enjoyed my rant. I’ll see about getting back to the science tomorrow, however fascinating these issues may be to me personally. A question for the reader: what’s the worst they could do?

*Though I am an atheist ex-Christian from within the age ranges commonly given for Millenials – making me the exact thing they wish to avoid producing more of – I am such simply and solely because I don’t believe in a god, and not because I didn’t like the music or disagreed with church stances on gay people. Indeed, this Sunday I will be operating the sound system for my local church, in a service run by somebody with whom I don’t know of any differences in opinion on any social issues at all. I am an odd person, yes.

3 thoughts on “Corralling The Millennials”