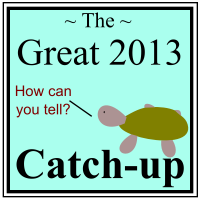 In Ancient Fossil Looks Like Today’s Acorn Worms (8 April 2013) Brian Thomas makes a living fossil claim – sort of. “Acorn worms” are more formally known as “enteropneusts,” which is a taxonomical class containing four families and around 90 living species. The rediscovery of a collection of old finds from the Burgess Shale apparently pushes the age of the earliest acorn worms back 200 million years to around 500 million years ago, i.e. the Cambrian explosion.

Christopher Cameron currently studies at the Université de Montréal and co-authored the Nature report. He told National Geographic, “One of the things that blew my mind about this thing is that most animals in the Burgess Shale look nothing like modern-day animals, but this is so clearly an acorn worm. Except for losing the tube, the animal is virtually unchanged in 505 million years.” [link]

Given that we’re talking about a fossilised worm here (how many points of comparison have you got?) and the wide target that falling into a known taxonomical class presents I can’t say I’m hugely surprised. There is a difference, however: these ancient worms have “tubes,” as do the close modern relatives of acorn worms, the pterobranchs, but living acorn worms lack them.

This presents a new aspect – as Thomas says:

Enteropneusts look similar to modern animals called “pterobranchs,” which inhabit tiny tubes, while enteropneusts do not. The study authors entertain the idea that the Cambrian enteropneusts with tubes might have been evolving from enteropneusts into pterobranchs. The National Geographic coverage sensationalized this idea by proclaiming the tubed acorn worms as bona fide “Missing Links.”

This sounds like a great time to link to Oliver Knevitt’s list of the “Top 5 Most Irritating Terms In Evolution Reporting,” though you should really have already seen it by now. Both “Missing Link” and “Living Fossil” feature prominently, with good reason. If nothing else, calling this fossil a missing link vastly oversimplifies the situation. Thomas claims:

But the Nature report was much more cautious—so cautious that the “Link” could just as well have been no link at all. The study authors wrote, “Whether S. tenuis represents a stem-group harrimaniid [an enteropneust worm family], a stem-group pterobranch, or a stem-group of pterobranch plus harrimaniid, or even a stem group hemichordate, is not certain.” In other words, nobody quite knows what acorn worms may have evolved from or into.

The study authors may be unsure of exactly how the fossil relates to the two groups, but just prior to Thomas’ quote they do assert that their study “provides direct evidence for a link between harrimaniids and pterobranchs.” Despite this, Thomas goes from claiming that the link “could just as well have been no link at all” to, in the very next paragraph, saying that there is “no discernible evolutionary link whatsoever.”

[…] In fact, the most straightforward explanation is that they went extinct, while their non-tube-forming relatives simply survived.

The assertion that this is “the most straightforward explanation” is worth a little examination. If you knew nothing about the evidence for evolution and were presented with this this single example (or any one other) in isolation then such a dismissal would indeed be the simplest explanation. But once you start piling the examples on, adding more and more, then in that context a dismissal as no longer the option that satisfies Occam’s razor.

Back to the living fossil angle: there are numerous reasons why the designation of “living fossil” is silly, especially when what we’re talking about is a worm. The explanation favoured by the researchers seems to be that the fossil is an acorn worm, but one that is ancestral to the pterobranchs. Let’s take a very different interpretation as an example, however: suppose that the tubed acorn worms evolved into modern tube-less acorn worms.

The creationists would likely be quick to claim that this would be devolution, not evolution, but there’s more to it than that. The tube isn’t part of the worm’s body, and any overt morphological differences related to it’s existence (glands for its secretion, for example) don’t seem to have survived. The tube, however, represents much more than just something that the worm creates: it would have to be an important factor in its behaviour as well. Losing the tube would involve more than just the loss of this feature and associated behaviour – it would require the creation of replacement behaviour as well. This evolution would not be preserved in the fossil record, and would not be evident in comparing the fossils with the modern creature. But it would still have had to happen.

The tube-loss scenario doesn’t seem to be the correct explanation, but the idea that there will be features that can evolve – behaviour, metabolism, genetics etc – that will not be examinable through looking at fossils remains. A fossil like this one may look very similar to its living counterparts, but there’s plenty of potential for change under the hood. Thomas says:

Can evolution try to explain fossils of creatures that went “virtually unchanged” for hundreds of millions of supposed years? Yes it can, but not without imaginative stories to address the question of why mutations and natural selection were somehow absent over the vast time scales the stories require.

But as we can only look at morphology we have no reason to say that “mutations and natural selection” must have been absent, because we don’t know that there hasn’t been changes of the variety we can’t detect.

Can biblical creation explain these fossils? Yes it can, and without the added stories. Erasing the millions of years dogma also erases the unchanged body form problem. Noah’s Flood buried ancient sea-floor creatures early in its destructive year, and although most of those delicate animals died forever, a few acorn worms survived the Flood and live today.